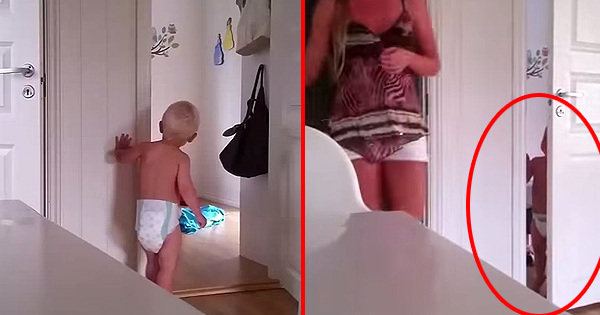 Keeping your child on a healthy sleep schedule can be a bit of a challenge. If you’re a parent (or even a sibling or baby sitter), you know the epic struggles of putting your little ones down at night. Norwegian mother Henriette Jonassen uploaded this hilarious video to YouTube, showing the pains she went through one evening while trying to put her twin boys Leon and Nathaniel to bed.

She had been having a hard time getting her twins to bed recently due to the heat and long summer days in Norway, where the sun doesn’t set until very late in the evening. She asked a friend for advice and they suggested having them sleep in separate rooms. She was willing to give it a try, but seeing how her twins are used to sleeping in the same room she was doubtful it would work, so she decided to film it.

This was the hilarious outcome.

Now that’s one mother who clearly has the patience of a saint!

Share this funny family moment with your friends by clicking the button below.